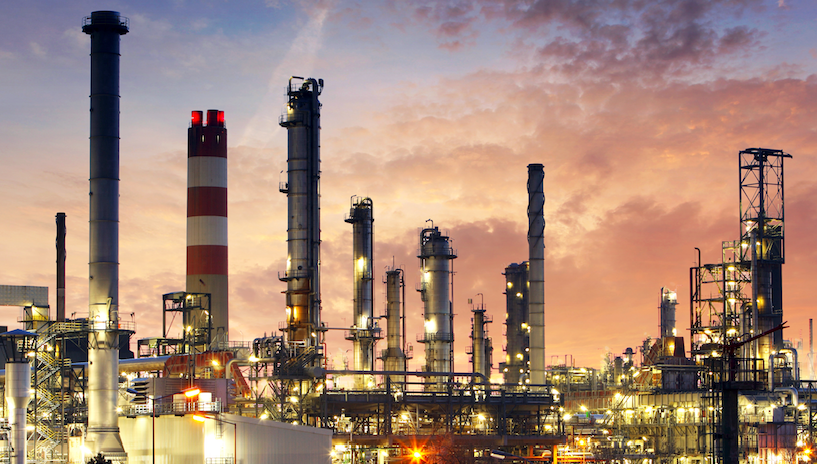 However, when processed and handled properly, sulfuric acid is one of the most useful industrial chemicals in the world—an important ingredient in fertilizer, batteries, detergents and other products that are used around the world every day. Sulfuric acid is a by-product of zinc. When zinc ore, which also contains sulfur, is heated to 1750°F (950°C), it releases sulfur dioxide gas, which is then collected, cleaned and processed into sulfuric acid.

With almost 100 years of experience in this specific business, this company has seen the damage that sulfuric acid can inflict on machinery and pipes. As a result, they are always looking for newer, better products that can handle the temperatures, pressures and concentrations found in their sulfuric acid production process.

Disadvantages of Metal and PVC Piping 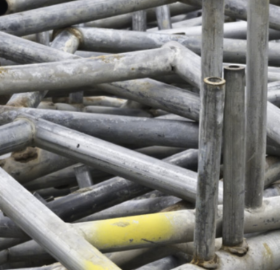 When they began producing sulfuric acid, they used steel pipes to transport the material through the various stages of the production process. However, due to the corrosiveness of the acid, the pipes had to be regularly replaced in order to avoid bursts.

Later, the original steel pipes were replaced with steel pipes that had been lined with lead, which helped reduce the corrosion, but made the pipes extremely heavy and difficult to install, necessitating extra hangers to keep them from bending and sagging.

In recent years, the sulfuric acid manufacturer experimented with pipes made of polyethylene (PE) and PVC reinforced with a fiberglass sheath. These last two systems were both more corrosion-resistant and easier to install than the metal pipes, but still had a tendency to burst due to the changing temperatures and pressures of the sulfuric acid in the system.

The Switch to CPVC

Then, in 1992, a Corzan Industrial Systems sales engineer introduced a new option – chlorinated polyvinyl chloride (CPVC) pipe. Used successfully in the United States for years, CPVC’s corrosion resistance and durability made it the perfect material for their sulfuric acid system.

Naturally, the plant manager and plant engineer were skeptical, but agreed to test the Corzan CPVC pipe to determine whether it would work as well as Lubrizol claimed.

In 1993, Bodo Koch, a local company that works mainly in heating and sanitation businesses, was asked to install the Corzan CPVC test pipe in this sulfuric acid application. They installed a few meters of pipe, manufactured by Thermconcept from Corzan's CPVC material.

QUICK INSTALLATION: Although the Bodo Koch employees had never worked with CPVC before, and neither Bodo Koch nor Thermconcept had ever dealt with sulfuric acid, the CPVC pipe was so easy to work with that the installation was completed in just one day. Based on this success alone, the Bodo Koch employees were so impressed with the CPVC pipe that they said they plan to use it again whenever and wherever it meets their needs.

PROBLEM-FREE PERFORMANCE: During the one-year test, the Corzan CPVC pipe performed flawlessly, and they have experienced no problems of any kind. As a result, in 1994, they asked Bodo Koch to return and replace all of the old pipes in their sulfuric system with Corzan CPVC pipe measuring 3-in. (80mm) in diameter, with a pressure rating of 10 bar.

STANDS UP TO EXTREME CONDITIONS: Since Thermconcept’s pipe was installed in 1994, the sulfuric acid manufacturer has not reported one problem with their system. In fact, both the plant manager and plant engineer have learned that, along with CPVC’s ability to stand up to high temperatures, pressures and corrosion, it also easily handles environmental extremes.

For example, some of the pipes containing sulfuric acid run outdoors, where they are exposed to winter temperatures that can be as low as 5°F (-15°C). But, the CPVC pipe still does not require any insulation or special reinforcement to keep from bursting, unlike other plastic pipes.

The best proof of confidence in their CPVC pipe system can be seen in the plant’s lab areas. The pipes containing highly concentrated sulfuric acid run directly over open worktables, something that would be unthinkable with steel or other kinds of plastic pipe because of the danger of a burst. For the Corzan CPVC pipe, though, this isn’t a problem.

In fact, both the Plant Manager and Plant Engineer are so impressed with the CPVC pipes’ performance and ease of installation that they plan to expand Corzan’s role to other parts of the plant where high temperatures, pressures and corrosion have caused problems in the past.

Interested in how CPVC, backed by more than 50 years of experience and research, can deliver fast installation and long term results for your piping application? Contact us for a free consultation with one of our experts.