The food and beverage industry depends on processing materials that will not contaminate the supply. When De Marne's stainless steel mustard piping system became compromised, they turn to an alternative material that could withstand the acidic and high temperature conditions of its line.

Since its startup in 1895, De Marne has been a major producer and world exporter of mustard. Named the official mustard supplier to the Royal Family, it’s highly regarded by consumers across the globe. Their products are available in all Dutch supermarkets, and are exported to many parts of Europe, the United States, Canada, Africa, New Zealand and Australia. The De Marne product presence is also expanding in eastern countries, such as Hungary, Czech Republic, Slovakia, Bulgaria, Romania and Poland.

When corrosion was plaguing a previous system of piping and tanks, De Marne found a material that has now delivered reliability for more than a decade. 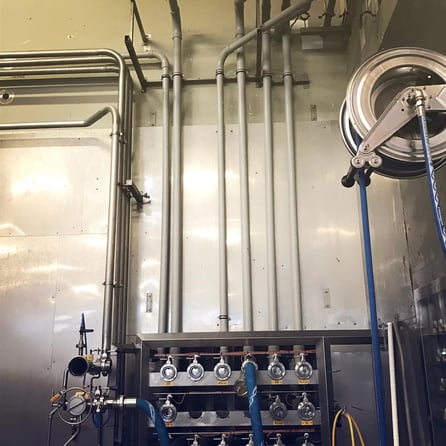 The Challenge with Stainless Steel

When first in production, De Marne produced and stored mustard through stainless steel 316 piping and tanks. However, the material gradually corroded due to:

Over time, this led to compromised processing conditions, reducing the production and distribution of mustard. 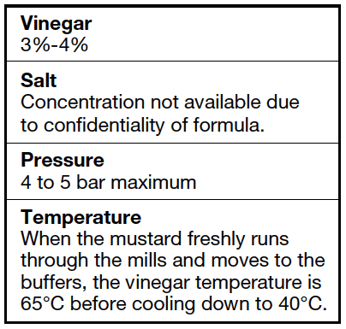 The Corzan CPVC Industrial System, supplied by the two companies of the Aliaxis Group, maintained production consistency and prevented corrosion from acids and changing temperatures. The temperature and acid resistant properties of Corzan CPVC represented a major advantage over the previous material, stainless steel.

See the chemical resistance of Corzan CPVC for different industrial processing applications below. 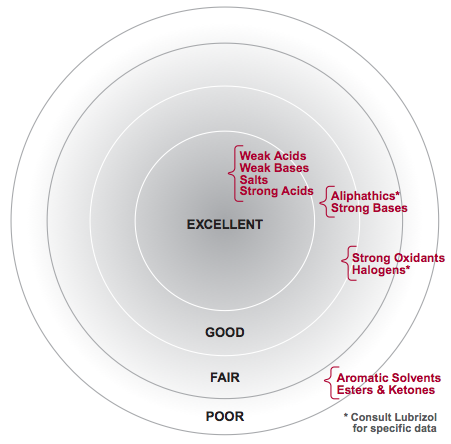 PVC was also considered, but quickly ruled out. The process working temperature can rise up to 158°F (70°C), which is above the maximum temperature limits of PVC. 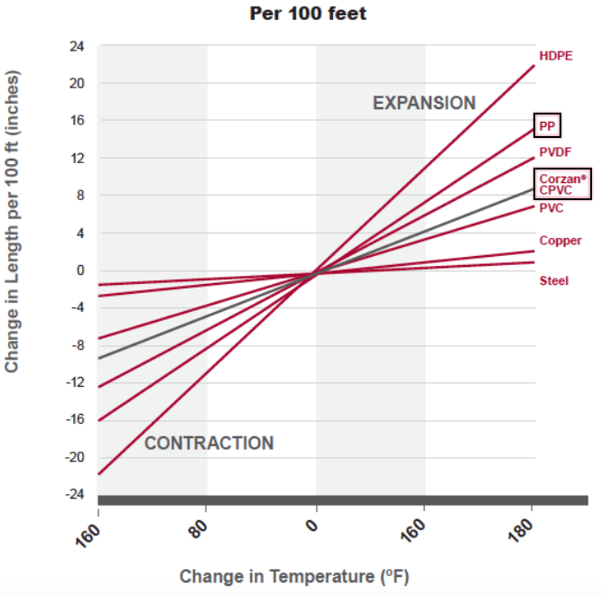 In addition, the longer service lifetime and ease of maintenance nearly eliminates production down time due to piping issues.

All these factors led to the choice of Corzan CPVC as the best solution, as it surpassed previous problems of corrosion, and ultimately increased production, quality and reliability. It was also the best technical solution, providing cost reductions, higher quality and long-term reliability.

The Result: No System Failures in Over a Decade

The Corzan piping system was installed in 2004 and 2005 across the factory to replace stainless steel. At least 1.24 miles (2 km) of piping has been installed where chemical resistance against vinegar was necessary. 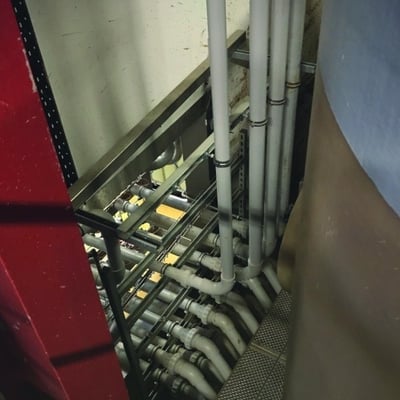 The tanks are made of stainless steel or FRP where the mustard is stored or mixed. In the final mustard, the concentration of vinegar is considerably lower and hence represents less of a corrosion problem for the storage tanks.

The Corzan piping is in constant use with vinegar and therefore does not require cleaning. The stainless steel piping, however, must be cleaned regularly, though only at 104°F (40°C). Usually the steel system is washed simply with water and occasionally a small amount of vinegar is added to act as a cleaning agent. 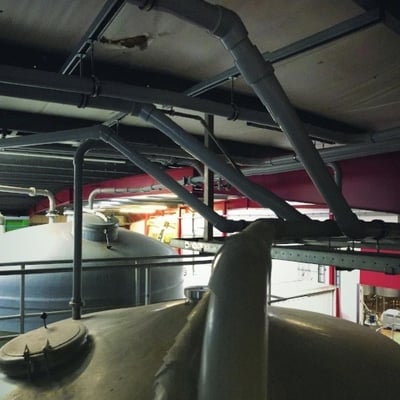 Jan Hingstman, the Technical Service Manager at De Marne’s production site in Groningen, confirmed that during the past 12 to 13 years, since its original installation in 2004 and 2005, no failure of Corzan piping has occurred. The only change to the existing Corzan piping system was in 2007 and 2008 when the pipe diameter was increased to accommodate for a larger product flow rate in the pipe.

"The CPVC Corzan Industrial Systems runs without failure the minute it's installed."

Is Corzan CPVC Right For Your Application?

De Marne is just one example of success in the nearly 60 year track record of Corzan CPVC technology. If you want more information about how Corzan CPVC delivers reliability to industrial processing applications, our team of product and engineering specialists are happy to follow up or provide for a free consultation.