What To Know About CPVC Classifications and Cell Classes

Another set of CPVC standards is defined by ASTM D1784. This specification assesses CPVC according to “base resin, impact resistance under notch, tensile strength, modulus of elasticity in tension, deflection temperature under load and flammability.”

By specifying CPVC that meets ASTM F441 and ASTM D1784, users should have confidence that their industrial piping systems will perform as expected. Yet, not all approved CPVC is created equal. Within each standard are distinctions that set certain CPVC compound producers and manufacturers apart.

HDB is the estimated long-term strength of a pipe. The test and data collection method used is ASTM D2837, or the Standard Method for Obtaining Hydrostatic Design Basis for Thermoplastic Pipe Materials.

In the test, pipe is pressurized and assessed for 16,000 hours (nearly a year and ten months) at a temperature of 73°F (23°C) and 180°F (82°C). The hoop stress, or circumferential stress, collected over that time is then extrapolated over 100,000 hours. The estimated strength of the pipe after those 100,000 hours (nearly 11 and a half years) is known as the hydrostatic design basis (HDB).

From there, the HDB is used to calculate the hydrostatic design stress (HDS), which is 50% of the HDB. This creates an inherent safety factor for the pressure rating of plastic piping.

The results of that test are used to define the difference between CPVC 1420-05 and 1420-06. CPVC 1420-06 has a better hydrostatic design status at higher temperatures.

For plants, the most significant advantage of CPVC 4120-06 is that it has a superior pressure rating and a lower derating factor as the temperature increases. 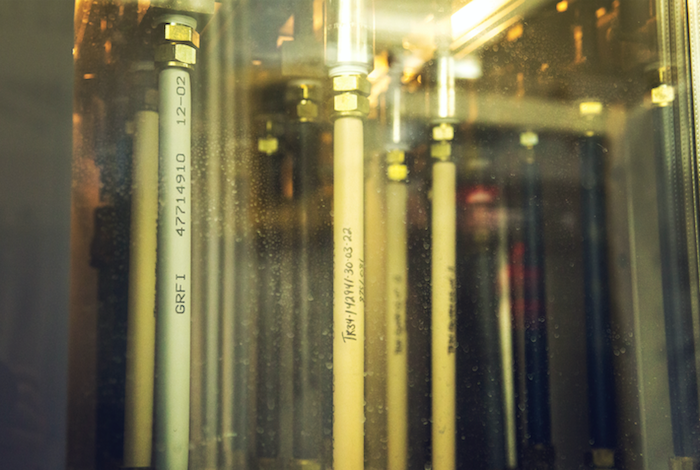 Once the hydrostatic design stress (HDS) has been determined through the test described above, calculate a pipe’s pressure rating using the following formula: 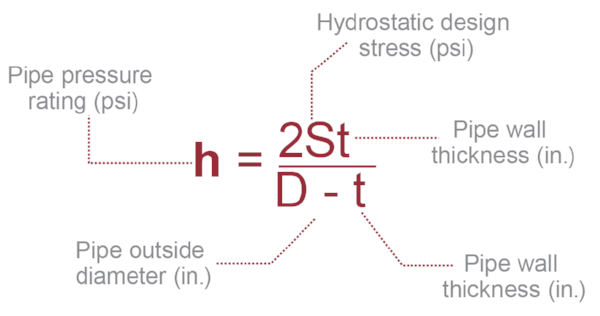 To use that formula to show the difference between the two classifications for CPVC, consider a 4-inch, schedule 80 pipe that has a wall thickness of 0.337 inches (t) and outside diameter of 4.500 inches (D). The only variable that changes is the HDS.

CPVC that meets 4120-06 better meets the demands for industrial systems facing higher temperatures and pressures. Even for systems not expected to reach those levels, 4120-06 piping still increases the system’s safety factor, reassuring plant workers and management.

For a deep dive on how pressure ratings are calculated, take a look at our whitepaper on the topic.

Another way one CPVC differs from another is based on its cell class. Cell classes for CPVC are defined by ASTM D1784 and certified by NSF International, among other organizations.

To understand the difference between 23447 and 24448 CPVC, we must first discuss how each number in the classification stands for a specific characteristic of the material, according to ASTM D1784:

CPVC classified as 24448 has superior impact strength and a higher heat distortion temperature than CPVC with a 23447 designation. By improving on the capabilities of existing CPVC with a superior Izod Impact Strength and Heat Distortion Temperature, industrial plants can have greater trust in their CPVC installations.

Learn More About How Pressure Ratings Are Calculated

To find out more about the test methods and calculations behind pressure ratings, download our whitepaper, How CPVC Pipe Pressure Ratings Are Calculated. Our product and engineering team dive deep into the processes of the most reputable standard organizations in the world.

Material Tests | What is CPVC?