When deliberating between material choices and general industrial piping system design, the primary considerations revolve around pipes and fittings. Specifically, the focus is typically on the pipe and fitting materials’ temperature, pressure and compatibility characteristics.

Valve selection is often an afterthought finally considered once those primary decisions are settled. But valve decisions are vast: types include ball valves, gate valves, globe valves, butterfly or wafer valves, check valves, diaphragm valves and more. The number of valves can vary greatly in a system depending on the purpose of the piping system.

However, valves are critical to any successful system due to their importance in controlling the flow. Also, because a system is only as strong as its weakest component or joint, valves deserve much greater attention when considering material options.

The Purpose of Valves

In a general sense, valves restrict, stop, or control the flow of fluid through a piping system. More specifically, a system of valves may be in place to:

With such an extensive role in increasing efficiency, improving safety and keeping systems up and running, why are valves rarely discussed at the outset of planning a piping system?

One explanation may be the minimal cost associated with valves, especially when compared to the overall cost of a system of large, Schedule 80 pipes and fittings. But, by evaluating valve options of different materials earlier in the material selection and design process, systems can become more efficient, reliable and cost effective.

A common assumption is that the weakest point in any industrial system exists at the valves. This is not always the case. Depending on the selected pipe and fitting material, valve material and joining method, many valves can uphold the same performance standards as the rest of the piping system.

It is a good engineering practice to identify the weakest component in any system when determining the total system pressure rating. Valves utilized in non-metallic systems must always be considered for pressure capabilities in particular, as they can vary by manufacturer.

In what ways do valves impact an industrial piping system?

When working with acidic and/or caustic solutions, increasing the life of a system is vital. Corrosion is the culprit of many system issues, causing premature repairs, costly downtime and even complete replacement. Each of these setbacks results in significant costs and is reason enough for engineers to pursue opportunities to increase system life.

Materials that are susceptible to corrosion often experience it at joints. The more system components involved, including fittings and valves, the greater the chance of corrosion plaguing the system.

Even if corrosion does not damage a system to the point of needing immediate repairs, it can harm the valves. Valves are especially susceptible to both corrosion and degradation of the valve seats. Corrosion creates debris and scale that can make valves more difficult to move, making systems less efficient, or cause significant safety concerns in the event of a failure.

Electrochemical corrosion is a specific type of corrosion more often experienced at valves when the line is heat traced and the material is not corrosion resistant.

In each case, CPVC is more corrosion resistant than metals against most acids, bases and salts used in industrial processing. To optimize the system’s life, consider the heightened risk of corrosion at valves.

To avoid unnecessary energy consumption costs, industrial systems must optimize fluid dynamics. One way to do this is to minimize pressure drop or head loss. 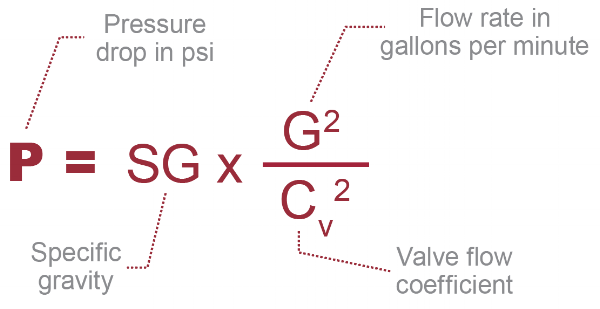 On a macro level, pressure loss in valves is lower for most thermoplastics than metals. CPVC valves, specifically, disrupt the flow in industrial piping systems less than the valves used for metal systems, better maintaining flow rates and efficiency. A few reasons for this include metal’s susceptibility to corrosion, scaling, rust and other mechanisms that reduce pipe, fitting and valve interior smoothness.

Each component attached to or incorporated in a system, including valves, increases stress on the pipe. More system stress increases the likelihood of breaks, leaks, misalignment and joint failure.

A few considerations when using valves:

CPVC is 1/6th the weight of comparably sized steel, which is compounded for solid valve components installed throughout the line.

Because a system is only as strong as its weakest link, understanding valve pressure ratings is imperative.

And despite what many assume, the valve does not have to be the system’s pressure restraint. The factors for valve pressure ratings are:

Many Corzan CPVC valves are true union valves and are rated at 250 psi at 73°F (23°C), making the pressure rating of a CPVC system adequate to handle the harsh conditions of the majority of chemical systems.

CPVC piping is not new to the market, and it is becoming the material of choice for many engineers and plant managers in the industrial space. Find out how CPVC compares to the traditional choice, metal, in a number of categories, including: